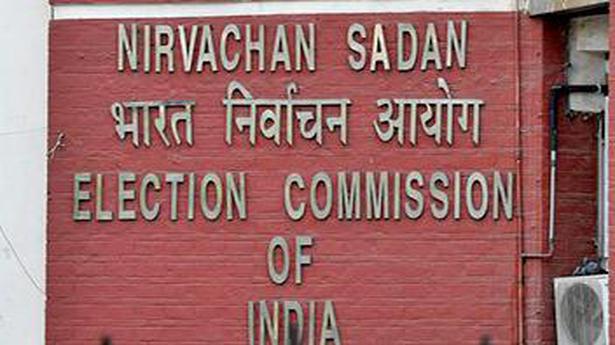 The Election Commission (EC) on Sunday introduced byelections to 2 Rajya Sabha seats — one every from Kerala and West Bengal — to be held on November 29.(*29*)

The seats fell vacant because of the resignation of the members, Jose K. Mani from Kerala on January 11 and Arpita Ghosh from West Bengal on September 15.(*29*)

The EC had on May 28 determined “that due to the outbreak of the second wave of COVID-19 in the country, it would not be appropriate to hold byelection to the Council of States from Kerala till the pandemic situation significantly improves and conditions become conducive to hold byelection”.(*29*)

Now, having re-assessed the state of affairs in Kerala, the fee mentioned it determined to announce the schedule for byelections in Kerala and West Bengal.(*29*)

The EC additionally introduced biennial elections to 6 Telangana and three Andhra Pradesh MLC seats that fell vacant after the retirement of members in June and May respectively. The EC additionally introduced the byelection to at least one Maharashtra MLC seat that fell vacant because of the member’s demise final month. The polling and counting for all seats can be held on November 29.(*29*)