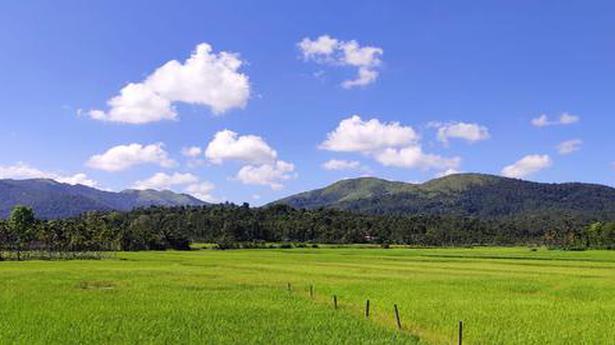 Bringing to Thiruvananthapuram and Kochi “a rice bouquet” from Wayanad this Onam is Thirunelly Agri Producer Company (TAPCo), a collective of natural farmers.

TAPCo, registered in March 2017 as a Farmer Producer Organisation (FPO), works with practically 100 natural farmers in Wayanad, who domesticate native varieties on 200 acres in Thirunelly, Noolppuzha and Mananthavady panchayats. Besides the three rice varieties within the bouquet, TAPCo has Njavara, Mullankaima and Paal Thondi rice varieties in its product vary.

“Last year, during Onam, we sold a rice bouquet with all our six rice varieties. The response was overwhelming. We decided to cut down on the number this time since we felt that customers might get confused with too many varieties. Instead, we have gone for a new format with a table rice (Wayanadan Thondi), rice with medicinal values (Valiachennellu) and aromatic rice (Gandhakasala),” Rajesh says.

Wayanadan Thondi, the lengthy, pink rice is par-boiled, has 60% bran and is used to organize idli, dosa, puttu and appam. Valiachennellu, the complete bran selection, is beneficial for pregnant girls and lactating moms due to its wealthy iron content material. TAPCo had distributed the range in Thiruvananthapuram throughout this 12 months’s Attukal Pongala in February.

“Aval from Valiachennellu is our new product. As we all know, a combination of aval, jaggery and grated coconut is one of the most nutritious snacks,” Rajesh says.

White-coloured, aromatic Gandhakashala, a most popular selection to cook dinner biriyani and ghee rice, can be utilized to organize payasam as properly. “So the bouquet has the rice varieties that can be used to make breakfast, lunch, dessert and a snack,” provides Rajesh.

The bouquets come with tags that give details about the properties of every selection and learn how to cook dinner them.