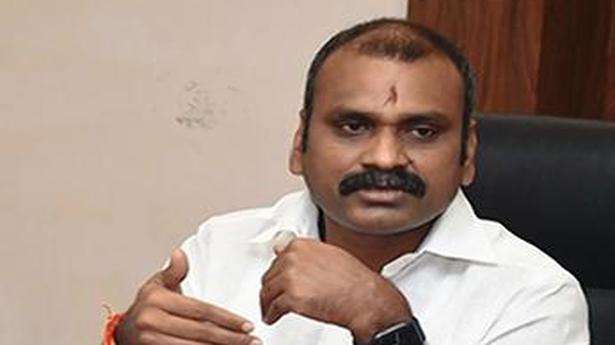 L. Murugan stated the Union authorities had sanctioned ₹1,361 crore to Tamil Nadu, as towards its demand for ₹1,178 crore beneath the agricultural jobs scheme.

Union Minister of State for Fisheries and Information and Broadcasting L. Murugan on Wednesday accused Chief Minister M.K. Stalin of misstating that the Union Government had delayed sanction of funds to the State beneath the Mahatma Gandhi National Rural Employment Guarantee Scheme (MGNREGS).

At a press convention, he stated the Union Government had sanctioned ₹1,361 crore to Tamil Nadu, as towards its demand for ₹1,178 crore, and the funds have been allotted on Tuesday itself. The Union Minister of Rural Development assured the State on October 27 that the funds could be launched in per week.

A replica of the November 2 letters of allocation of funds, made in three separate disbursements, was made out there. The funds have been allotted to the State by the Ministry of Rural Development for the implementation of the scheme and for clearing the pending liabilities.

“On November 2 itself, the funds were released, in fact more than what Tamil Nadu had sought. But it is amusing that the Chief Minister is trying to politicise the issue,” he stated.

On the difficulty of 23 fishermen from Tamil Nadu held by the Sri Lankan Navy on October 13, Mr. Murugan stated the Ministry of External Affairs was in contact with Sri Lanka. He charged the Tamil Nadu Government with not being proactive. “The Ministry had asked [Tamil Nadu] for the complete details of these fishermen. But they were not given till October 25. This lackadaisical attitude on the part of the Tamil Nadu Government is leading to delays in getting them released.”