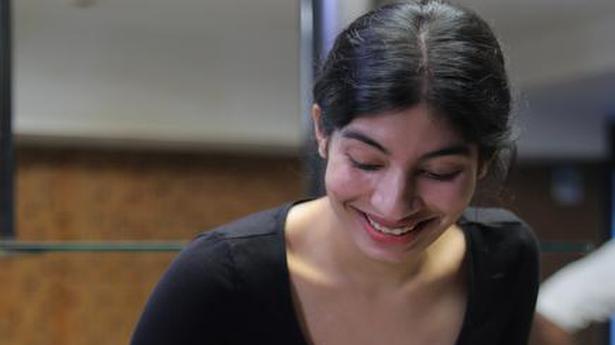 It is uncommon for Adhira Swamy to helm a restaurant’s dinner service. The 25-year-old culinary marketing consultant, who helps caterers plan menus and pairings, has taken over the kitchen of On The Rocks, kicking off the second version of the restaurant’s Curate collection on Thursday.

The ongoing single-seating dinner providing encompasses a playful mixture of cuisines and strategies, serving up all the pieces from pork and duck to a choose curation of cheeses, over eight programs.

At the centre of all of it is Adhira’s choice to spotlight the nation’s diverse, native produce. Himalayan in addition to Tamil cheeses, Uthukuli butter, free vary geese all have a task to play in this feast that steadily strikes from mild, summery dishes to heavier, headier flavours of Autumn and Winter, course by course.

As an homage to On The Rocks, up first is Adhira’s tackle their complementary, pull-apart focaccia and butter. “We used Uthukuli butter, made from buffalo milk,” says Adhira. What follows is a gazpacho that’s strained and mild; very completely different from the thick chilly soup historically served in Spain and Portugal. This twist, says Adhira, is borrowed from her grandmother, who would serve her a distilled gazpacho at dwelling.

“It seems better suited to the Chennai heat,” she says, and after a sip of it from a spice-rimmed glass, it’s troublesome to disagree.

In every of her dishes, the flavour bursts forth from the little issues. Anchovies give a kick to tomato-laden bruschetta; dollops of purple pepper and walnut puree elevate a fish tartare; an in-house glaze of honey mustard sauce provides some welcome sweetness to a hearty, just-this-side-of-crispy grilled pork stomach.

Some of the choices are extra advanced than others: the sweetness of caramelised figs vies for the highlight in opposition to the kick of a sunny orange French dressing in the duck salad, and mushy mejdool dates stuffed with blue cheese, completed with butter, make for an intriguing mouthful. Two sorts of honey — a burnt honey mousse and a honey comb — make their approach right into a ‘milk and honey’ dessert, that is only one of three desserts on provide.

Says Adhira, “We really wanted to highlight the fresh ingredients and produce that have come into the Indian food scene, that not a lot of people know about because they haven’t been marketed in the past.” To that finish, her largest assertion is the cheese plate, that comes not solely with an array of pan-India cheeses but additionally with accompaniments like uncooked honey, a liver pâté set with orange rind, pepper and some herbs, some preserves, and a glass of sunshine, chilly ginger granita.

More on the menu

“Fine dining restaurants have cheese that are imported from Italy and France, known for the best cheeses in the world. But I do think that, considering the amount of beautiful cheese being made in India, now is the time for us to bring them into the luxury food scene,” says Adhira.

She elaborates, “For this platter, we have a garlic nettle gouda and a walnut gouda from Himachal, by a small company called Himalayan Cheese. We also have a Monterey Jack from Acres Wild in Ooty. The classic French cheese, tomme, is from The Farm in Chennai. They call it Tomme de Semmencheri, which I think is a very nice touch since in France, Tommes are named after the region it is produced in. Our fifth cheese is a Cheddar from Begum Victoria in Bangalore.”