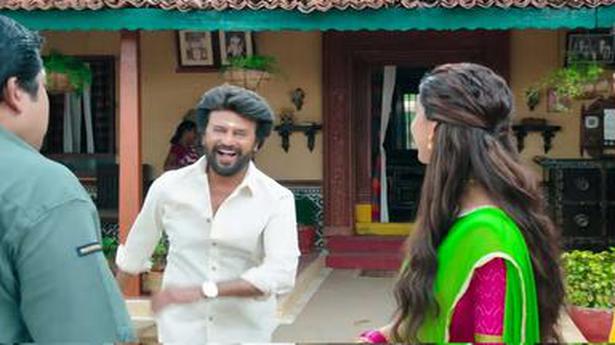 The upcoming Deepavali launch has already acquired the thumbs up from the Superstar’s grandson, Ved

Rajinikanth followers is perhaps wanting ahead to Annaatthe, however the movie has already acquired the thumbs up from a younger viewers member: the Superstar’s grandson, Ved.

In an audio message on Hoote, which has been based by Soundarya Rajinikanth, the actor posted, “Ever since the release of the teaser, Ved, who is six years old, has been repeatedly asking me to screen the film for him. I kept telling him that it wasn’t fully ready yet, but he kept pestering me. For his sake, I kept egging director Siva to complete work fast. I came back from Delhi recently, and the makers arranged for a special screening of the film in the Sun Network office.”

He provides, laughing, “My other grandsons, Yatra and Linga (actor Dhanush’s children) were away in Kodaikanal. Fearing a ragalai among my grandchildren, I hid the news of the special screening from them.”

The Rajinikanth family attended the particular premiere on Wednesday night and Ved appears to be thrilled. “He was sitting right next to me throughout the screening. This is the first film of mine that he is watching, and it was very special. After the film, he hugged me tight, saying, ‘Thathu, I am so happy.’”

The trailer of the movie, which launched yesterday, showcases the actor as a village president and a doting brother. Annaatthe has an ensemble forged that features Nayanthara, Keerthy Suresh, Meena, Khushbu and Prakash Raj.