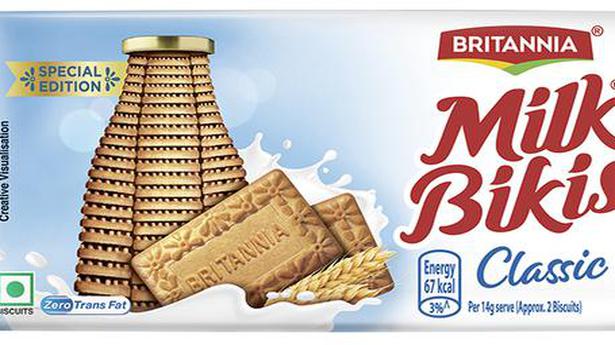 In the midst of a difficult 12 months, Britannia relaunches its 40-year-old Milk Bikis system, full with retro packaging

When a biscuit turns into a meme, you realize it has struck a chord. “There is a deep-rooted emotion of growing up with Milk Bikis — a feeling that this biscuit is a marker of childhood,” says Vinay Subramanyam, VP – advertising and marketing, Britannia Industries. He provides that he has been seeing memes floating round social media, connecting the biscuit to kids from the ’80s and ’90s. Now adults, however nonetheless chasing the consolation of easier occasions by dipping ‘bikkis’ into tea.

Vinay discusses the choice to money in on this product’s emotional power, significantly in Tamil Nadu, in the midst of a troublesome 12 months. The model has relaunched its unique packaging and recipe, as a restricted version named Milk Bikis Classic, in a nostalgic bid to draw clients anticipating acquainted consolation.

The focus of the launch is Tamil Nadu, a State the place it boasts a 40-year-old legacy and a 95% market share. Which is why, foregoing a long time of recipe updates and fortifications that the milk biscuit went by, the brand new launch options biscuits with the previous style — and acquainted floral sample — that kids of the Nineteen Nineties grew up with.

A ’90s baby himself, Vinay is enthusiastic in regards to the relaunch. “We just casually did a campaign to check how many people wanted to have classic Milk Bikis, and got more than one million responses. It was so humbling and encouraging to see the love and nostalgia people hold for this brand, 14 years after it went away from their lives,” he says.

Vinay provides, “Typically, innovations and brand moves like these are very internal decisions by the organisation. But here, the consumers decided this. That is what makes it special.”

Some of those customers, he provides, are nearer to the workplace than others: previous, retired workers of Britannia, in addition to distributors and retailers, have been calling to test on the traditional packaging.

Vinay’s second supply of pleasure stems from his private recollections. “I have been handling this brand for six years, but I’ve been eating it for 36 years.” He then confesses, with amusing, “I used to have tea when I was six or seven years old. I used to dump some eight or so biscuits into the same cup of tea. Many people would refuse to sit next to me when I did that, but it was my ritual.”

Milk Bikis Classic, priced at ₹10, is obtainable in retail shops throughout the State for a brief interval.