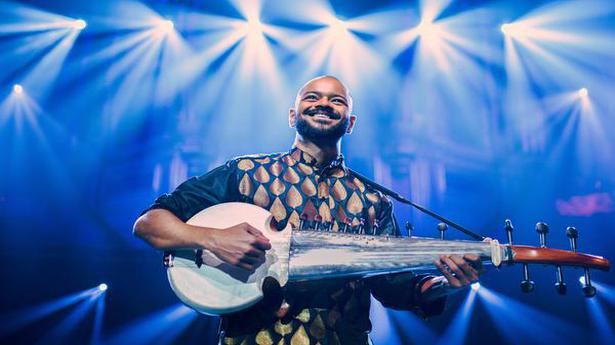 The 24-minute film tells the story of Asha, a younger local weather refugee from Bengal, who searches for her father

Nine years in the past, Soumik Datta turned down an invite from Beyoncé and Jay-Z to tour with them. His cause is self-effacing. He says he was not prepared for it. But Soumik’s alternative of tasks informs us that recognition is just not one thing he fervently pursues. Right from his early days, he veered away from conventions.

Growing up in London in his early teenagers, Soumik performed the sarod. His band, Circle of Sound, which he fashioned with an Austrian buddy, was a mixture of drums and sarod, alaap and bass, jor and hip-hop. He collaborated with people percussion artiste Cormac Byrne to rescore Satyajit Ray’s 1969 film Goopy Gyne Bagha Byne, mixing modern orchestra with Indian classical and people sounds. In 2019, for a BBC sequence, Rhythms of India, he travelled throughout India to discover its various tradition and historical past by way of music. This April and May, he, with a 40-member workforce of musicians and dancers, carried out in entrance of empty seats in Britain’s iconic cultural centres just like the British Museum and the Royal Albert Hall. The thought was to interrupt the silence with new music in these areas shut down throughout the pandemic.

Art, for him, is just not merely leisure. He believes it “is a vehicle to carry messages.” Among the messages his current works convey, is one about our relationship with the atmosphere. His newest EP, Jangal, was his response to the already unfolding ecological disaster world wide. Soumik’s newest work, Songs of the Earth, an animated musical short film, emphasises this difficulty.

The film premiered on November 2 at the COP26 summit in Glasgow. There couldn’t have been a greater place and time, says Soumik. The event is just not a coincidence.

Soumik made Songs of the Earth after profitable a British Council Climate Change artistic fee in February to develop a film and music challenge with Earth Day Network. Soumik wrote, scored, and directed the film. Indian illustrators Sachin Bhatt and Anjali Kamat did the animation.

The 24-minute film tells the story of Asha, a younger local weather refugee from Bengal, who searches for her father by way of the flood banks of the Sundarbans delta, burning forests and melting polar ice caps.

Soumik explains why he selected this story. “The thing with climate change is that it is difficult for people to understand what the numbers mean. We might not relate to coral reefs dying, burning forests in Australia and South America, or polar bears going extinct. But we relate to human stories and relationships. So at the heart of the story, I wanted a relationship between a daughter and her father. It is also a metaphor for our planet being our parent.

Climate change is an umbrella term that encompasses many challenges. It is not just about the ice caps melting, but also about migration, extreme weather, ocean pollution, deforestation and sustainable fashion. Soumik’s understanding reflects in the film. Climate change is not a recent topic for him. He grew up reading National Geographic and admiring people like David Attenborough, who recently wrote a letter to him.

The film’s music stands out. It is a blend of vocals, saxophone, drums, sarod, cello, and sounds of leaves, wind and waves. As with Soumik’s other projects, this one also has a fusion of different styles. At one point, it even sounds peppy. Soumik agrees. “As an artiste, I respond more when what I am watching and what I am listening to do not always fit (with each other). That’s when you start questioning. If they fit, it becomes background, your brain embraces it, and you don’t really question it. With this project, we tried to create something that is visually arresting, sonically arresting, and thought-provoking at the same time.” The music album of the film is obtainable on main audio streaming platforms.

What, then, is the underlying message of hope in Songs of the Earth?

Soumik solutions with extra questions. “Can this perilous journey of a young girl from the Global South make those from the Global North realise the repercussions of their actions? Can they empathise with people who are different from them? Can that lead to taking some responsibility and reshaping things?”